All humans are born music-makers

At the heart of all our programs is the innovative Music Will approach to music education. It’s been embraced by schools across the country, and is beloved by students and teachers alike. 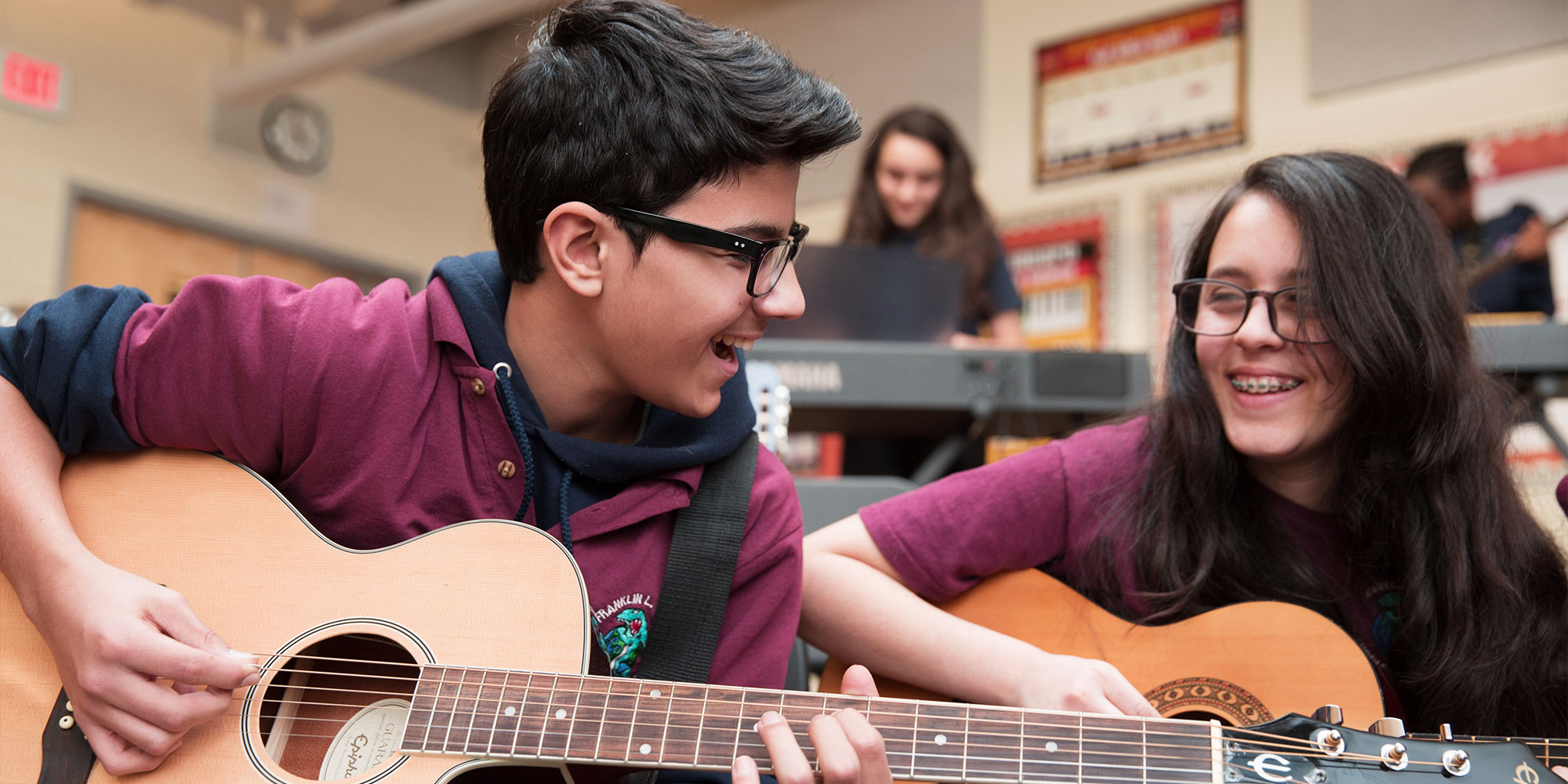 Becoming a Music Will school or district begins with professional development for teachers. Once trained in the Music Will approach, K-12 educators either introduce new music programs for students at their schools or expand their existing music program.

We also provide our teachers with ongoing support in the form of training, curriculum and, very often, grants of musical instruments and other important classroom tools and supplies. 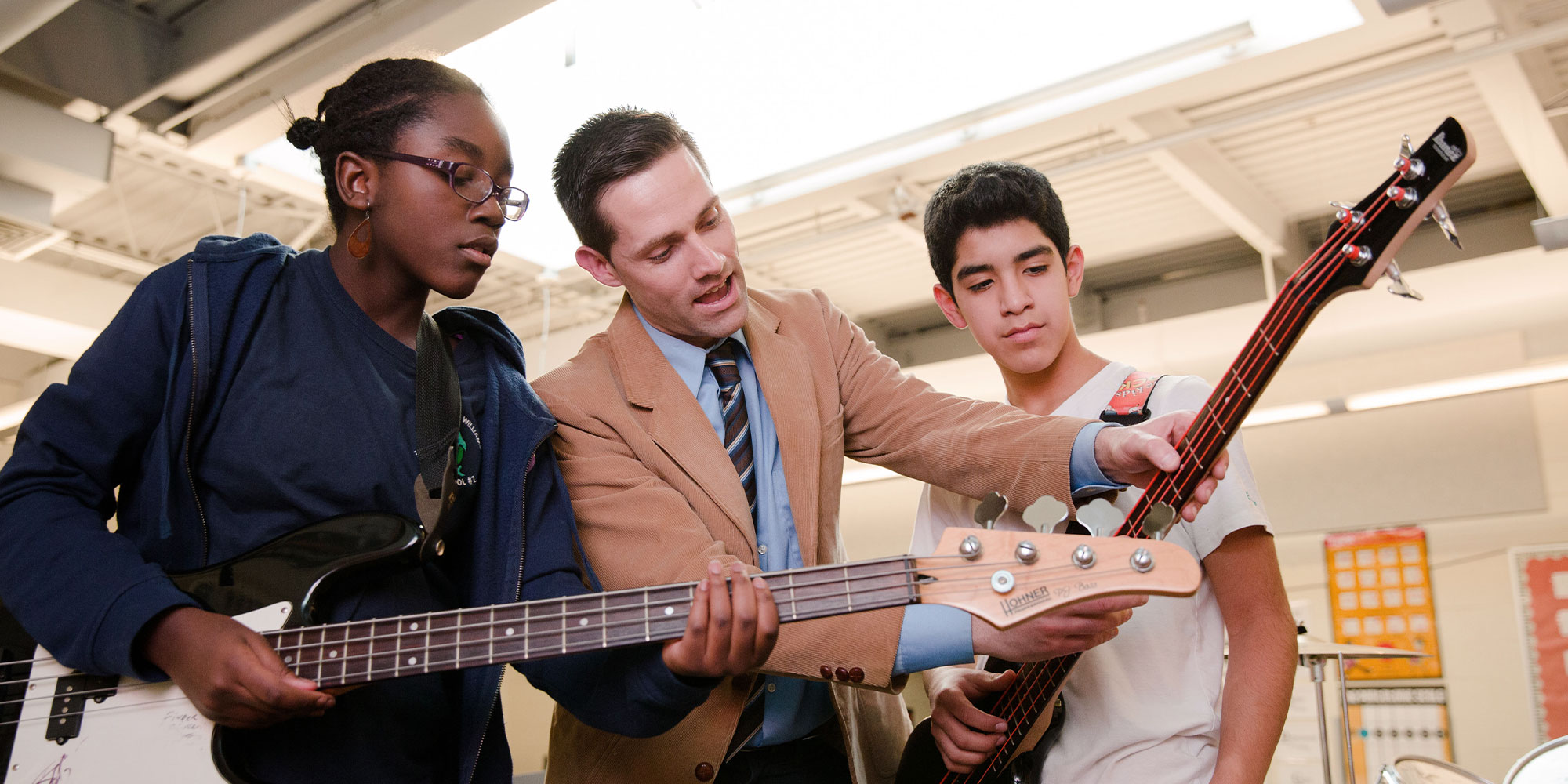 What is the connection between “modern band” and Music Will?

Modern band is a new kind of school music program. It teaches students to play, perform, improvise and compose using popular genres that the students themselves select. Modern band focuses on rock, pop, Latin, rap, R & B—and any other popular styles as they emerge.

Music Will invented and introduced modern band programming to US public schools in 2011. We did this together with school districts that believed that students who’d never signed up for music class before would flock to a program like modern band. And the students did!

Today, school districts across the country turn to Music Will to help them build their own modern band programs. The impact on music education has been huge: modern band has become a movement! Over 70 colleges and universities now offer coursework in modern band and the Music Will approach.

In 2020, the State Department of Education of California wrote modern band into their Arts Framework, noting that “Modern band students are able to see themselves reflected in the curriculum and are culturally validated as the music is representative of their own identity.”

That’s music to our ears!